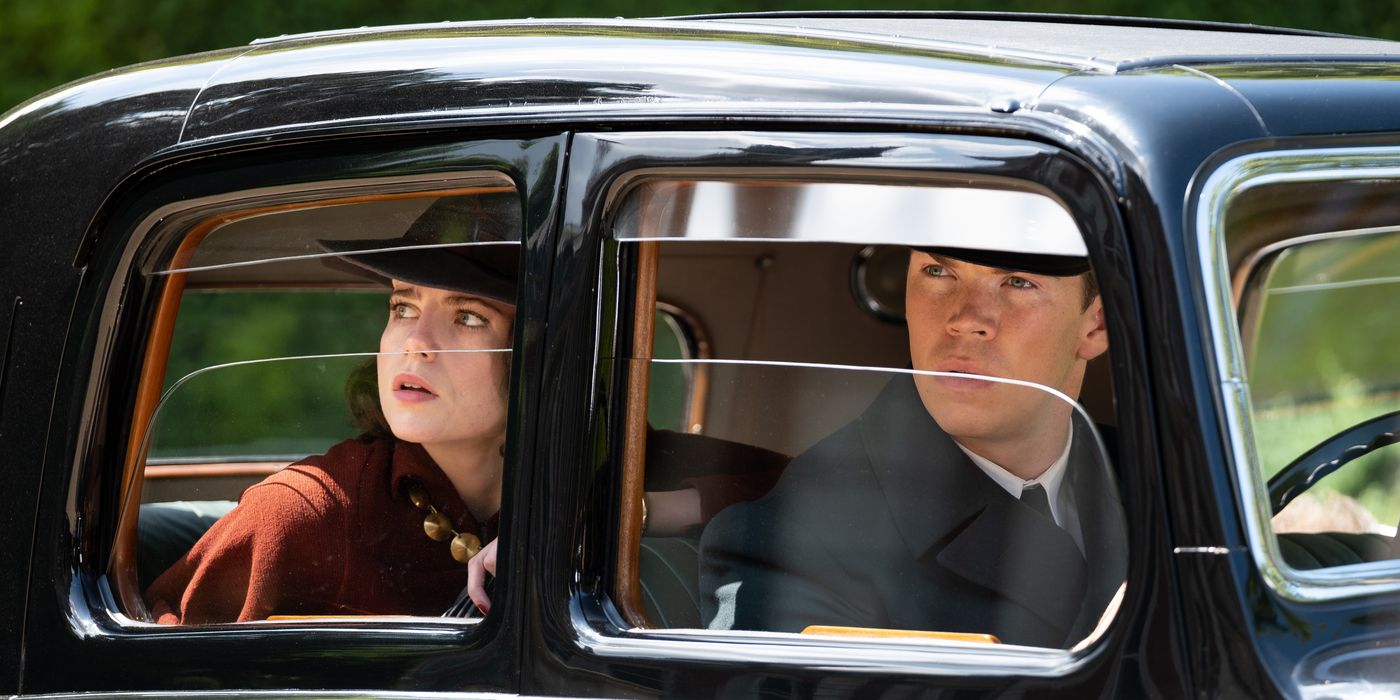 If you have recently watched Death on the Nile and yearn for the next Hollywood Agatha Christie adaptation, you won’t have to wait long. Collider is thrilled to present the trailer for BritBox’s new limited series, Why didn’t they ask Evans?based on Christie’s novel of the same name and follows two amateur sleuths who get in the way when they uncover a murder with incredibly difficult clues.

The trailer for Why didn’t they ask Evans? reveals that we can expect a mysterious and dryly funny story that begins with the very words of the title: the words the murder victim says moments before he dies. The question triggers the start of an investigation by Bobby Jones (Poultry), the son of a small-town vicar and socialite Frankie Derwent (Lucy Boyton), but of course no easy answer will come of it.

The limited series will air its story over three episodes, all written, directed and produced by ten Emmy nominees. Hugues Lauriewho also plays in a supporting role. Why didn’t they ask Evans? is a passion project for Laurie, who is writing for a TV series for the first time since 1995 A bit of Fry and Laurie — a comedy skit featuring himself and Stephen Fry. The series also marks Laurie’s return to directing – he last directed an episode of his hit series House, MD a decade ago.

In 2021, when the project began, Laurie told Deadline that he had been a fan of the 1934 novel since he was a child and was more than happy to get to work on the story:

“The hairs on the back of my neck haven’t been neat since the first time I grasped the beauty of the essential mystery. Since then, I’ve fallen more and more in love with the characters and feel immensely honored to have had the chance to tell their story in this form.

Why didn’t they ask Evans? premieres on BritBox on April 12. Check out the exclusive trailer below:

You can watch the trailer below:

And check out the show’s official synopsis here:

Based on Agatha Christie’s iconic 1934 novel, the limited-edition (three episode) mystery follows the local vicar’s son, Bobby Jones (Will Poulter, Dopesick, upcoming Guardians of the Galaxy Volume 3), and his clever friend, socialite Lady Frances “Frankie” Derwent (Lucy Boynton, Bohemian Rhapsody, The Politician) on their crime-solving adventure after discovering the crumpled body of a dying man who, with his dying breath, gasps the enigmatic title question. Armed only with a photograph of a young woman found in the dead man’s pocket, these amateur sleuths pursue, and are pursued by, the answer to the mystery.

Erick Massoto is a Brazilian writer who has always loved film and television and is obsessed with making lists. He can also name around 700 Pokemon and Digimon off the top of his head, but sadly no one has ever asked him to.