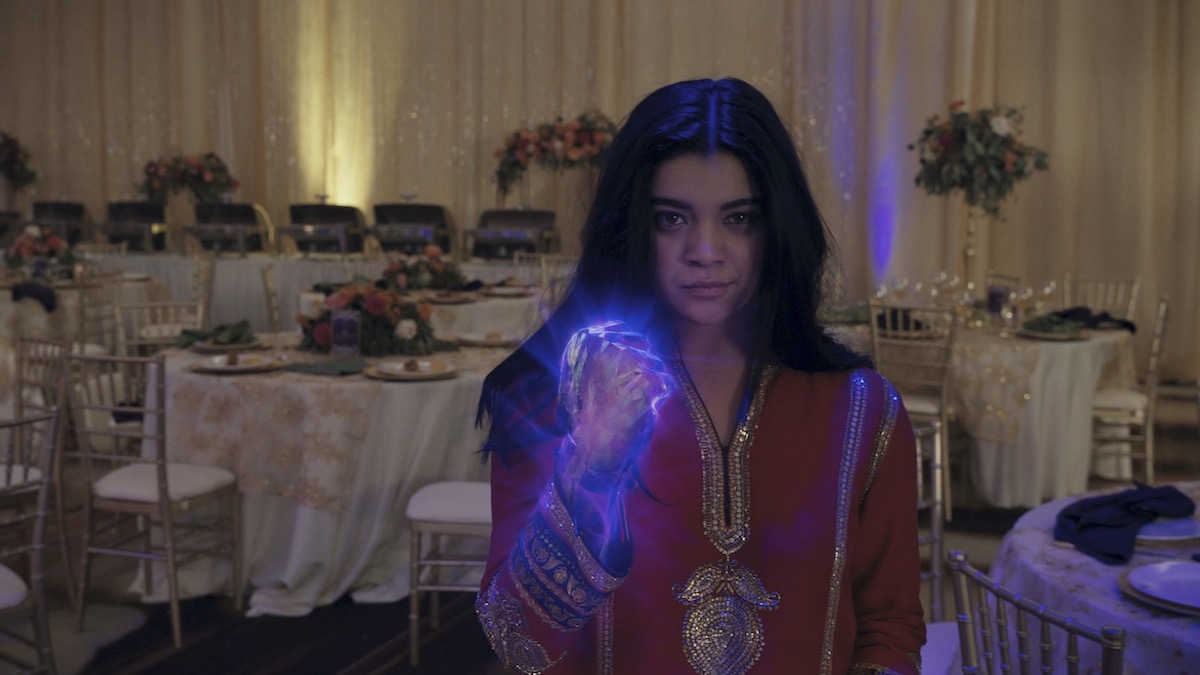 The 7 Disney Plus MCU Shows Ranked From Worst To Best

Ms. Marvel recently had its finale on Disney Plus, bringing the number of completed MCU shows to seven. So far, that means “Phase 4” series have overtaken feature films. But out of these seven shows, which is the best MCU show? Your mileage can certainly vary, but below is our ranking of MCU shows, ranked from worst to best.

Related: Test your superhero knowledge with our MCU quiz

To avoid getting bogged down in MCU canon questions, this list only includes MCU Phase 4 titles. That means you won’t find Daredevil or other Marvel shows previously on Netflix here, nor many anime series and shows. live action from ABC, Hulu or other networks. While most of them are streaming on Disney Plus, it’s not entirely clear if or how they all fit into the MCU canon.

If you haven’t watched the shows listed below, you can check them out, and other Marvel titles, on Disney Plus by clicking the link below:

The streaming service hosts all Pixar, Marvel and Star Wars movies. It also has a bunch of exciting originals like The Mandalorian, The World According to Jeff Goldblum, and more.

Editor’s note: We’ll update these rankings as new MCU series are added to Disney Plus.

There’s so much potential in the multiverse-centric animated series What If…? Each episode takes place in a different corner of the multiverse. Thus, we see familiar events reframed in a new light. What if Steve Rogers hadn’t become Captain America, with Peggy Carter wearing the iconic shield instead. Or if T’Challa had been taken from Wakanda instead of Peter Quill, making him Star-Lord instead of Black Panther. The MCU animated series has a big central conceit. This allows for stories that are not beholden to the existing canon.

That said, the concept gets old pretty fast. It feels less like an exercise in breaking the boundaries of continuity than a series of nods to the audience. In some cases, these stories feed into later projects like Doctor Strange in the Multiverse of Madness, which can help build a satisfying world. In itself, however, What if…? mostly feels like a missed opportunity.

While it was full of cool ideas and featured some of today’s best actors, Moon Knight stumbled a bit. Built around the lost time mystery of museum worker protagonist Steven Grant, the show slowly reveals that Steven has dissociative identity disorder, and this manifests as completely separate identities that in turn inhabit his body. Among them is the mercenary Marc Spector, who is the earthly avatar of the Egyptian god Khonshu. As the series progresses, we learn more about Egyptian gods and Steven’s traumatic past, though the series plays with our perceptions of what’s real and what’s on Steven’s mind.

Moon Knight offers stunning effects and dark, clever themes, but as an introduction to an entirely new character, it leans a bit too much on mystery before we’re actually invested in one of the key players, making it one of the weakest MCUs. show entries.

5. The Falcon and the Winter Soldier

The title of The Falcon and the Winter Soldier was a bit confusing when it was first announced. At the end of Avengers: Endgame, Steve Rogers hands over Captain America’s shield to Sam Wilson, his former sidekick The Falcon. This seems like a clear indication that Sam is the next Captain America. In The Falcon and the Winter Soldier, however, we see Sam, partnered with Bucky, after rejecting the title, with the two going up against new super soldiers and their old enemy Zemo. It seems inevitable, however, that Sam will accept his new responsibility by the end of the show. It’s a bit of an obvious fake out.

The Falcon and the Winter Soldier, perhaps more than any other MCU show, seems to have been better served by the feature film treatment. It’s full of unnecessary asides, and the pacing never finds its footing, despite a number of great plot points (the introduction to an earlier Black Super Soldier stands out as particularly poignant and a reminder of the dark past from America). Of course, this should all be fixed when Sam gets his own feature film with the as-yet-untitled Captain America 4. But it’s hard not to see The Falcon and the Winter Soldier as a tryout for Sam’s solo title. He didn’t need the stabilizer wheels.

One of the most notable surprises from Marvel’s foray into MCU shows was undoubtedly Hawkeye. While arguably the most minor of the original Avengers, Clint Barton, aka Hawkeye, can still certainly put on a show. It didn’t hurt that he was joined by new MCU addition Kate Bishop, an obvious successor to the Hawkeye mantle and a charismatic new addition to the ever-growing cast of characters. In Hawkeye, Clint and Kate spend the holiday season fighting bad guys in New York. Clint’s past has caught up with him, and when his path crosses with Kate’s, the two become unlikely allies in their attempts to solve a mystery, clear their names, and get home in time for Christmas morning. .

By the end of the series, it kind of feels like Hawkeye is trying to cram too many Easter eggs and teasers for upcoming projects into his runtime at the expense of the series’ own narrative. It doesn’t spoil it in any way, but it does cost Hawkeye a few points in the MCU show rankings.

Loki has been a fan-favorite antihero since his first appearance in 2011’s Thor. thunder. However, having died in Avengers: Infinity War, Loki is out of the picture. Or rather, the Loki we’ve followed throughout the MCU is off the charts. In Avengers: Endgame, we saw Loki in an alternate timeline escaping after the Battle of New York in the original Avengers. That Loki is alive and traveling through the multiverse when we meet him again at the start of Loki.

Of course, messing with the multiverse attracts the attention of the Time Variance Authority, who set Loki to work finding a variant version of himself. With weird, pulpy sci-fi and a version of Loki learning to be good again, the series is a terrific use of the multiverse and Loki’s character, providing exciting possibilities for the larger MCU while telling a thrilling, funny and addictive story.

The first MCU show to premiere on Disney Plus. WandaVision set the bar high for the shows that would follow. Early episodes of WandaVision followed Wanda and a miraculously revived Vision enjoying domestic life in a small suburb. Each episode was modeled after a different classic sitcom as we slowly realized that Wanda was magically controlling and launching her neighbors’ brains.

WandaVision gave Wanda a lot more character development than she’s ever had in her MCU movie appearances, and he had one of the most unique and original styles of any Marvel project so far. While the plot got a bit out of control at the end and gave way to a bland, CGI-heavy final battle, the series remains a major standout and laid the foundation for Doctor Strange in the Multiverse of Madness as well as making hinting at a potential X-Men launch within the MCU.

While Kamala Khan is a huge Avengers fan, which gives Ms. Marvel strong ties to other MCU projects, there’s something refreshing and exciting about the show’s standalone nature. Yes, it ultimately offers a very brief preview of the upcoming Marvels feature, but 99% of the time it’s a hero origin story nestled in a moving and heartfelt teen drama. Ms. Marvel and Moon Knight are arguably the only two MCU shows to offer such fundamentally new stories within the established Marvel Universe, though Ms. Marvel does it much better.

Kamala Kahn is a teenager trying to fit in. A superhero geek, her bedroom is covered in Captain Marvel posters. When she finds a family heirloom that gives her superpowers, Kamala embarks on a journey to uncover her family’s origins in Pakistan as she battles new enemies, including a shadowy government organization. Having Kamala’s story spread out over a TV season gives it plenty of room to expand. We get a glimpse into Kamala’s friendships, family life, and more, without having to jump right into the action. It evokes some of the best elements of the Spider-Man movies while carving out its own exciting identity, ranking No. 1 on the MCU show charts.

These are our MCU show rankings, including the seven Disney Plus series that are part of Phase 4.

We’ll be sure to add new series to the list after their finales. Next up is She-Hulk: Attorney at Law, premiering on Disney Plus August 17.