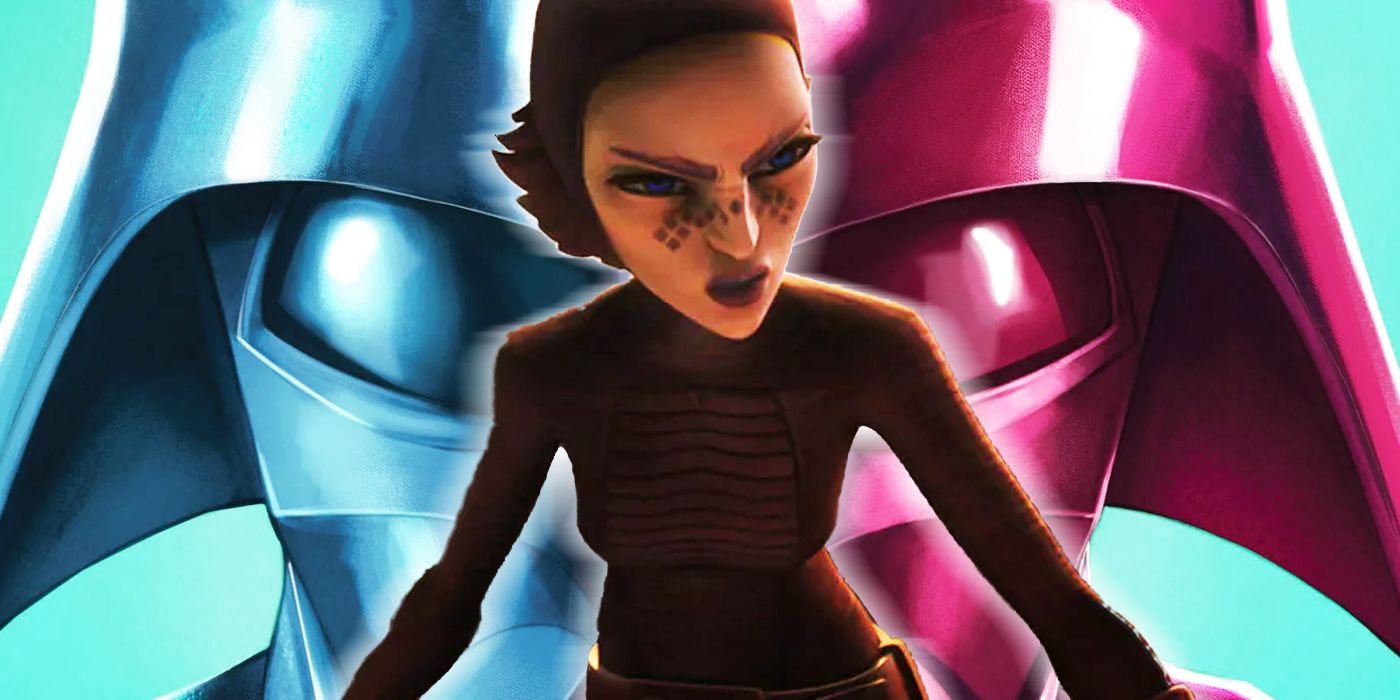 While the Jedi Order was a force for good for centuries in the star wars universe, they struggled to protect their own sanity during the Clone Wars. In Stories of Jedi and Sithedited by Jennifer Heddle, Karen Strong’s “A Jedi’s Duty” was an introspective character piece from Barriss Offee’s perspective in the days leading up to her first appearance in Star Wars: The Clone Wars. The story delved into Barriss’ questions about the war and showed how the Order failed to support it. The inclusion of Barriss in Stories of Jedi and Sith provided some insight into the motivations behind her subsequent downfall and may also provide clues to Ahsoka Tano’s journey in the upcoming Ahsoka TV series.

“A Jedi’s Duty” focused on Barriss following the first battle of Geonosis depicted in Star Wars: Attack of the Clones. Unlike many padawans, Barriss was able to take some time to recover from the battle by helping out at the Jedi Temple medical clinic. She believed the Force should not be used for violent purposes, a belief reinforced by what Barriss witnessed on Geonosis. However, as the war raged, her master Luminara Unduli reassigned Barriss to fight alongside her on the front lines, leaving Barriss torn between her sense of duty to the Order and her own code.

Throughout the story, Strong emphasized that Barriss was not yet healed from her experiences and was not ready to return to combat. At the start of “A Jedi’s Duty”, Barriss tried and failed to meditate, plagued by visions of his fallen comrades. Barriss explained that the Jedi Temple “had always been his center of peace, but now it was his source of terror.” She still had panic attacks from the battle despite her attempts to bury her fear. Luminara’s request that Barriss join her also coincided with a mission to Geonosis, compounding the trauma of Barriss’ return to combat.

“A Jedi’s Duty” also overlapped with the start of Star Wars: The Clone Wars Season 2, Episode 6, “Weapons Factory”. This episode showed Luminara’s high expectations and the pressure she put on Barriss. “Weapons Factory” was the start of another series of traumatic experiences for Barriss. She and Ahsoka were tasked with blowing up a separatist weapons factory and when their first attempt failed, the two Padawans decided on another more dangerous course of action, knowing that their attempt to blow up the generator electricity would probably kill them. While they both survived, the fact that two teenagers felt it was their duty to submit to a suicide mission on behalf of the Jedi Order showed how the Order placed war on the health of their Jedi.

Overall, “A Jedi’s Duty” emphasized that the Jedi Order seen in the prequel era was more focused on the greater good and often neglected the padawans and youths they cared for in service of war. Barriss only managed to make peace with her new mission because she was reassured at every turn that the Jedi’s actions – especially their actions on Geonosis – could help the Republic win the war quickly. But the war continued for years afterwards, showing that these assurances were false promises. Thus, Barriss continued to be disillusioned with the Jedi Order and eventually felt the Order had fallen out of his way.

RELATED: Ahsoka Will Be All About The Force, Just Like Star Wars’ Rebels

In the final arc of Star Wars: The Clone Wars’ fifth season, Barriss set off a bomb at the Jedi Temple and framed Ahsoka for the crime. In the Season 5 finale “The Wrong Jedi”, she justified her crimes by stating that the Jedi had gone astray and were responsible for the war. Barriss’ attack killed innocent people and was the wrong way to answer his questions. However, she came closer than most Jedi to realizing the truth behind the Clone Wars and Emperor Palpatine and the Sith’s roles in manipulating the Jedi Order. “A Jedi’s Duty” gave more depth to Barriss’ character and his betrayal of the Jedi.

The story could also have foreshadowed the Ahsoka series because she gave more insight into why Barriss made the decisions she made and the influence she had on Ahsoka. EK Johnston’s novel Ahsoka showed that Ahsoka’s feelings about Barriss herself were complicated. While Ahsoka was angry with Barriss for the betrayal, she also felt some sympathy. She would later confide to Bail Organa that “[Barriss] had a point on the Republic and the Jedi. There was something wrong with them. Barriss should have done something else. She shouldn’t have killed anyone, and she definitely shouldn’t have framed me for it, but if we had listened to her […] we might have been able to stop Palpatine before he took over.” Barriss’ actions deepened Ahsoka’s disillusionment with the Jedi and may continue to guide Ahsoka’s actions in the standalone series as she finds its place in a post-Empire galaxy.