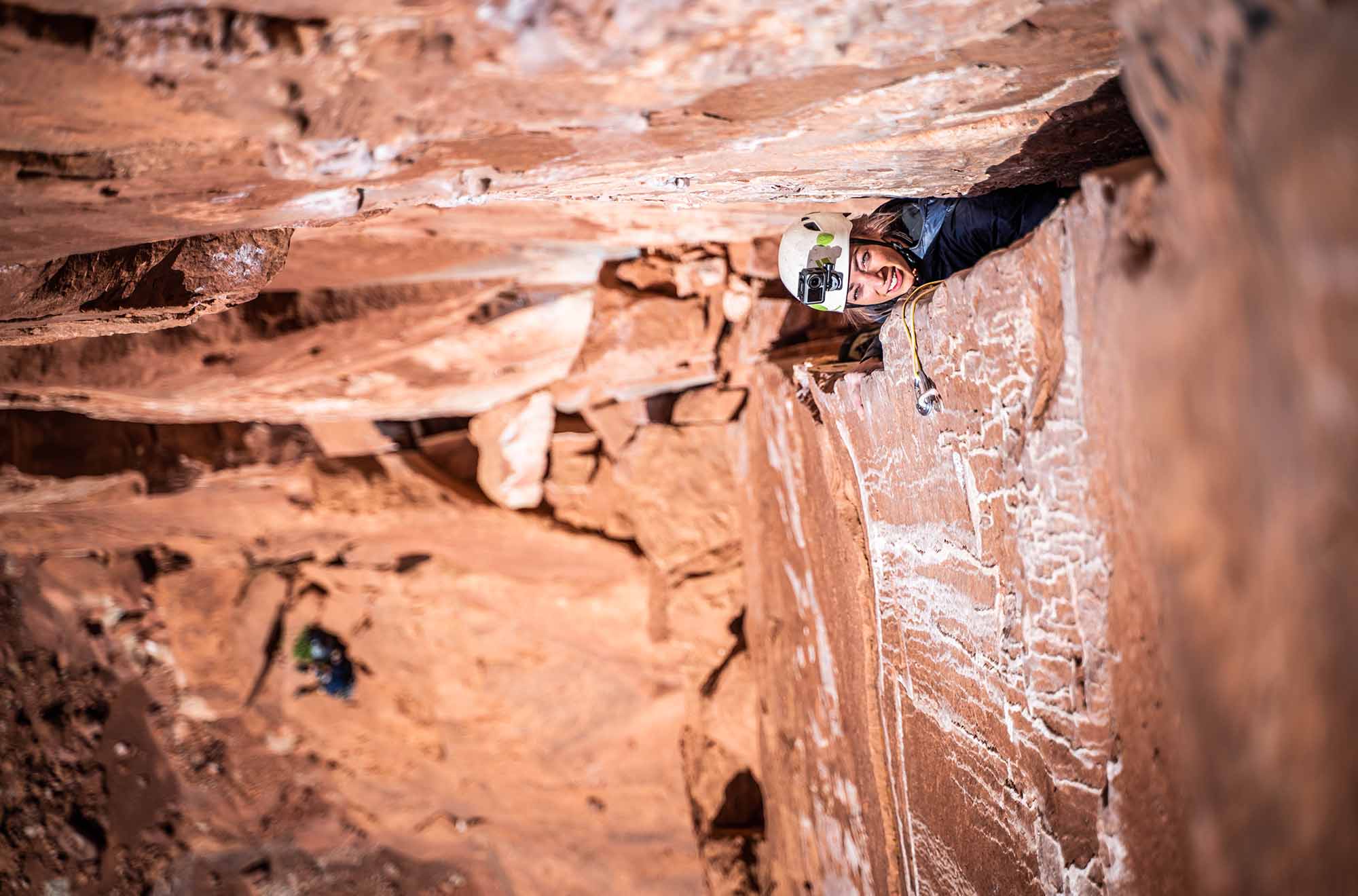 You must determine the approach, locate specific walls and routes, and devise a plan of attack. Even with the (sometimes) helpful instructions from Mountain Project or other sources, new areas often require Indiana Jones-style exploration before getting your hands on the rock.

That’s what Rock Garden aims to eliminate – or at least reduce.

This new navigation app aims to allow climbers to “spend more time climbing and less time finding,” the founder explains in a video. With its immersive and interactive 3D maps, Rock Garden can live up to the hype.

“We are at a point where we are able to capture, process and deliver the world’s most iconic rock climbing destinations into your phone,” said Berk Frei, CEO of Rock Garden.

The app is free to download and use for the rest of this year, but paywalls go up in January. The vast majority of the app’s 3D climbing guides are aimed at Utah, but – if all goes according to plan – it will soon expand rapidly.

Frei vividly remembers getting lost on the road from Lower Exum to Grand Teton in 2018.

He and his wife had been planning the trip for months. Frei spent over $100 on guides and printed everything from Mountain Project, including commentary.

But somehow he still ended up off-road.

“I would have paid more just to know what was what,” he said. “I don’t know when I can go back.

Fast forward to March 2020, when Frei decided to climb Utah’s famous Castleton Tower – a lifelong dream. He and his brother used their fledgling technology to create a 3D map in advance. As he climbed the tower, Frei saw a climbing group ahead of him and could tell they were off the road – even though he had never been on the wall before.

“This guy was like a badass 5.13 climber, and he was huffing and huffing because he was off-roading what was supposed to be a 5.9,” Frei said.

That’s why Frei has spent the last 8 years developing Rock Garden. The app uses data from various sources – drones; helicopters; and Laser Imaging, Detection and Ranging (LIDAR) – to create 3D maps of climbing areas and routes. Climbers can download the maps in advance and check their progress to avoid going off course.

Although the Rock Garden app is currently free, it won’t last long.

Frei and his team see their app as the next level of climbing guides. To ensure its success, they have developed a long-term plan to quickly expand its offerings.

In November, they plan to launch the Data Wrangler Program, which will pay climbers to help Rock Garden map new areas using their smartphones. Once that happens, the guides in the app will quickly spread to new crags across the country.

“This team has a really big vision and a plan to capture it all,” Frei said. “There is no stopping until we collect all the stones. That’s how it is because we think big. We are coming soon to your rock.

Another big part of the expansion plans involves the Founders Pass. Essentially a buy-in for early adopters, this $150 deal grants lifetime access to all Rock Garden guides – present and future. It includes an immediate $30 donation to the American Alpine Club and gives pass holders the right to vote which cliffs will get the 3D treatment next.

So far, the company has generated a lot of interest. Although 90% of the app’s guides are in Utah, 90% of Founders Pass buyers live in other states.

“It was validated because it is clearly what climbers want and need. The domestic public understands that,” Frei said. “This is our window of opportunity.”

For some climbing purists, Rock Garden may seem almost too easy. Isn’t getting lost part of the adventure? Isn’t poring over conflicting details from different guides part of the fun?

For Frei, that might have been true at one time, but now he has a family and a business. Like many climbers, time outside has become scarce.

“What is your time worth to you? If I get a trip to Red Rocks a year or every 2 years, I want to maximize that experience,” he said.

“And frankly, the available solutions have always let me down. For anyone who feels like there could be something more and wants to do bigger and worse things in rock climbing, this tool was made for you.

Learn more about the The Rock Garden website. Find the app in the App store Or on google play.

‘The Climber’s App’: Behind KAYA’s screen

KAYA Climb’s new CEO, Kimberly Ang, gives us insight into the KAYA app and the beta needed to build together within the climbing community. Read more…

Circular, All That Remains, Castle of White Night, more