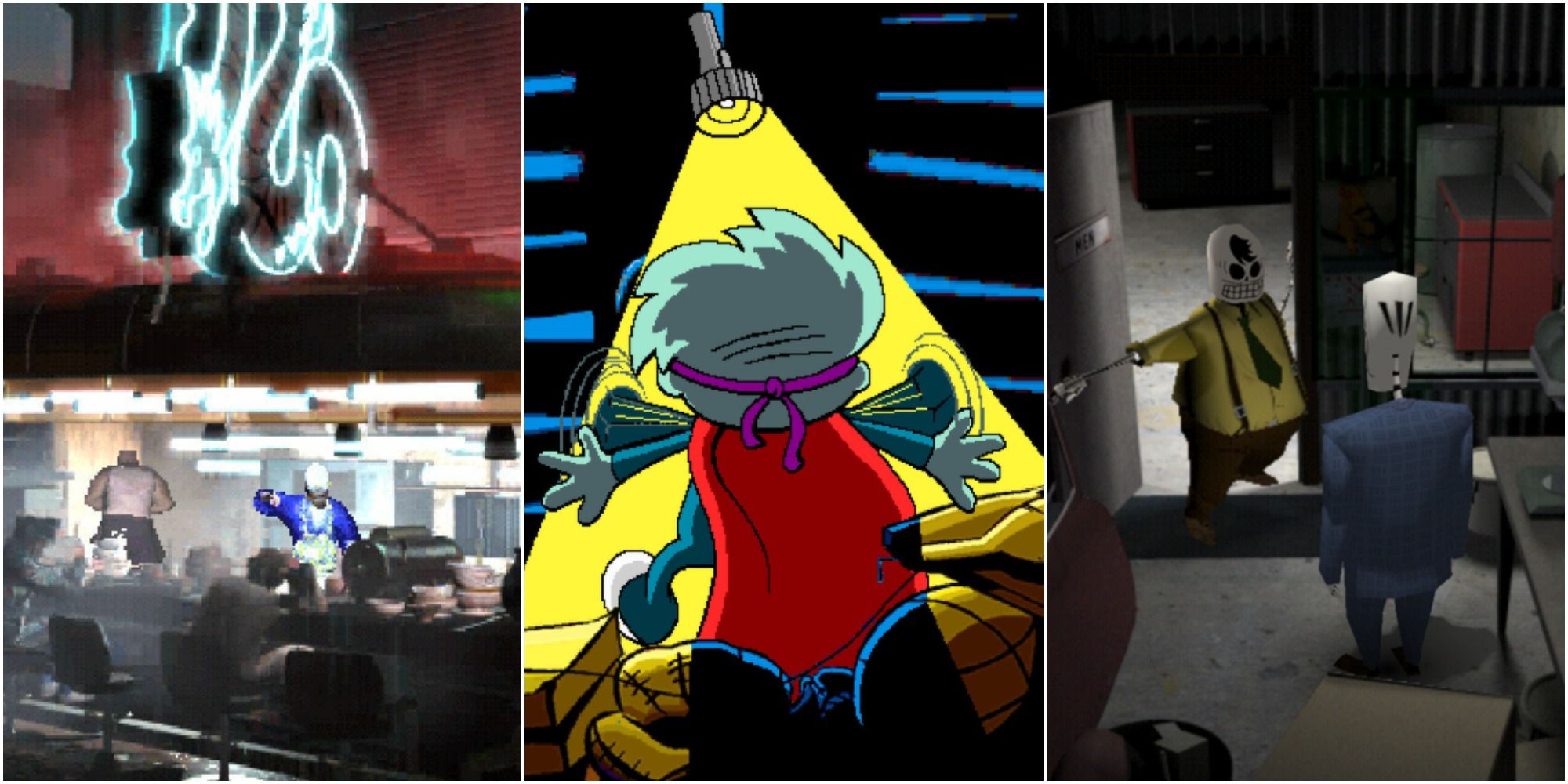 Point-and-click games have come a long way since the days of lunar logic and confusing puzzles that only the most dedicated gamers could solve. However, while some of the older titles certainly deserve the reviews they receive, there are still many amazing point-and-click games from the past decades.

Full Throttle is a legendary point-and-click game from Tim Schafer that is still considered one of the best. Featuring an all-star cast including Mark Hamill and Roy Conrad, this LucasArts extravaganza featured a gripping narrative, innovative and polished gameplay, and an incredibly memorable protagonist.

While many point-and-click games at the time tended to have convoluted puzzles that detracted from the narrative, Full Throttle still manages to be a mostly accessible game. Luckily, with dedicated support from fans and guides, anyone who gets stuck just has to search for it online. However, even without guides, Full Throttle is still an amazing point-and-click game that’s still worth playing today.

Beneath A Steel Sky is a legendary cyberpunk adventure considered one of the best point-and-click games by fans of the genre. Its story and characters are memorable and endearing and its setting is so rich in detail that it immerses you from the start.

Beneath A Steel Sky also features art direction from truly iconic comic book artist Dave Gibbons, who is best known for his work on the Watchmen graphic novel. Its place in the history of the genre won’t go unnoticed, and given that it’s free on Steam, there’s really no reason why you shouldn’t play it now.

The Tex Murphy games are a renowned noir detective point-and-click series that blends the best stories told through FMVs with engaging and innovative gameplay. Under A Killing Moon is the third entry in the series and brought a number of changes including the ability to move freely in certain 3D environments.

However, while the puzzles in Tex Murphy: Under A Killing Moon are consistent and fun, it’s his sci-fi crime story that steals the show. This is absolutely a game worth checking out, if only to immerse yourself in a really fun and intriguing mystery story.

The original Blade Runner film from 1982 is widely considered one of the best cyberpunk media. It has been referenced and used as an influence for future cyberpunk-themed media for decades since its release and despite its modest success upon release, it has become a cult classic. However, what’s perhaps equally engrossing and immersive, but significantly less well-known, is 1997’s point-and-click pseudo-sequel Blade Runner.

This point-and-click adventure is absolutely breathtaking, and its visuals no doubt hold up even today. Impressive lighting and beautiful 3D locations really bring the world imagined by Phillip K. Dick and later Ridley Scott to life. Its story is as captivating as the original film and its gameplay mechanics were innovative and fresh for the time. Its memorable cyberpunk world, narrative and characters have paved the way for dozens of incredible point-and-click titles such as the heartfelt Encodya.

The Longest Journey was launched at the dawn of the 21st century and yet it still looks as revolutionary today as it did then. Its beautiful blend of fantasy and sci-fi has led to the creation of one of the most unique worlds in gaming. Its captivating story and fascinating characters combined with its large number of locations have made it a long experience worth watching. worth playing.

While there’s certainly some level of lunar logic involved in a number of its puzzles, for the majority of your experience, The Longest Journey makes sense. However, despite this, it’s still a game worth playing for the worlds and story alone, although you must have a guide ready and waiting.

Pajama Sam and other Humungous Entertainment properties served as kid-friendly and educational point-and-click games of the 90s and early 2000s. perhaps one of Humungous Entertainment’s best games was Pajama Sam: No Need To Hide When Its Dark. This point and click adventure game for kids was an incredibly fun and memorable experience and it still manages to hold its own today.

RELATED: The Most Popular Point & Click Games on Steam

Although not as long as other point-and-click games, and its puzzles and themes are geared more towards children, its stunning art, wonderful soundtrack, bubbly characters and overall charm make it a title worth revisiting.

As with most point and click games from LucasArts, the majority of the puzzles still hold up today. While there are definitely some weird bits of logic you’ll need to get here and there, for the most part this is absolutely a game that holds its own today. Thanks to the remasters, the game looks better than ever, so there’s really no excuse not to give it a try.

Sam & Max Hit the Road is an incredibly enjoyable point-and-click game full of humor and fun mini-games that’s widely considered one of the best of its kind. Its story, much like the rest of the Sam & Max games, is as brilliantly quirky as it is fun to watch, and its gameplay was certainly innovative for its time. It introduced many new features that would later be used in later point-and-click games.

Sam & Max Hit the Road is still a lot of fun to play today due to its endearing characters and well-paced story. Its gameplay is never too convoluted and its impact on the point and click genre, and video games in general, is undeniable.. There’s a reason this series remains so beloved to this day.

NEXT: 25 Years Later, Broken Sword Is Still The Greatest Point-and-Click Adventure Ever

I’m sorry but Brock would be totally canceled in 2021

Your drying pan won’t protect you from the wrath of societal nullification, Brock.

Tom is a freelance journalist and budding novelist. After completing his Masters in Multimedia Journalism, Tom worked in games journalism. Now he’s joined TheGamer as a roster editor. Outside of work, he is an avid Yu-Gi-Oh player and a fan of terrible video games.

Why you shouldn’t withdraw money from your credit card