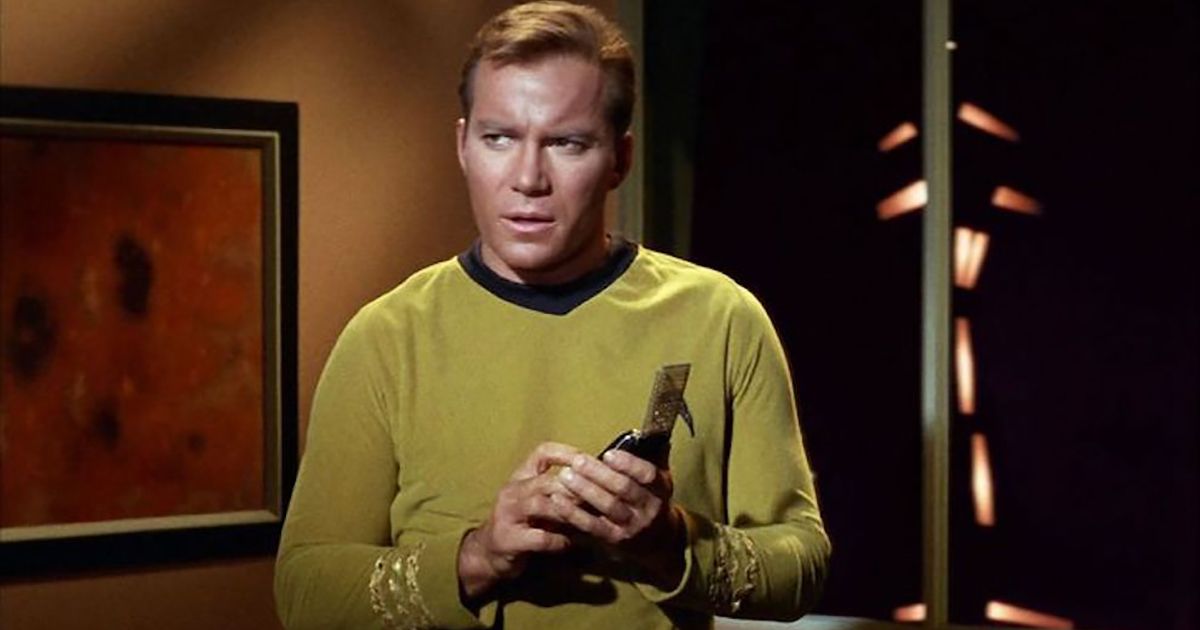 From the early days of the film and television industry, science fiction productions have captured the imagination of the public. Their success is due not only to entertaining the public, but also to predicting and even inspiring inventions that eventually become reality, sometimes decades later. Here’s our story of the future, illustrated in seven classic sci-fi movies and shows.

The masterpiece of pioneering French filmmaker Georges Méliès in 1902 The trip to the moon (A trip to the moon in English) was largely inspired by the writings of the famous author Jules Verne. But it took Méliès to bring the fantasy adventure to the screen, imagining a trip to the lunar surface nearly 70 years before it actually happened in 1969. Threatening to be forgotten, the short film was rediscovered and rescued from obscurity decades after its initial release. The scene in which a space capsule lands in the eye of Man on the Moon has become iconic, and the film is now widely considered one of the most influential in history.

Considered the first science fiction feature film, Fritz Lang’s Metropolis was way ahead of its time when it was released in 1927. Perhaps best known for its portrayal of a human-looking android robot, the film also introduced the idea of ​​a telephone with a screen. Made at a time when less than 40% of homes in the United States had a traditional audio phone installed, the foresight of imagining a future with video calling is remarkable. Indeed, it’s only in the past 20 years that video calling has become commonplace. Despite mixed reviews at the time of its release, the film is now considered one of the greatest silent films of all time.

Following the success of The Flintstones and their prehistoric adventures, Hanna-Barbera looked to the future with The Jetsons. The world depicted is full of technological marvels: the very first episode featured a large flat-screen TV, and the original last episode found Elroy watching The Flintstones on his watch. But the series, which only lasted one season (although later revived in the 1980s), is perhaps best known for its many gadgets to make domestic life easier. In particular, a small autonomous robotic vacuum is deployed at the press of a button, much like iRobot’s actual Roomba series, first released 40 years later in 2002. Of course, the Jetson family also had Rosie (sometimes spelled Rosey) the Robot, often shown with a feather duster or even his own vacuum cleaner, for all their other cleaning needs.

The communicators of the original star trek TV series are repeatedly credited with inspirational cell phones. Indeed, no less than Martin Cooper, the man who led the team that built the first portable cell phone and made the first call with it in 1973, has himself acknowledged Captain Kirk. He later admitted that work had started long before star trek broadcast, and Dick Tracy’s wristwatch radio of the 1940s was equally, if not more influential. However, travelers on star trek used many mobile devices during their trip, including multifunctional tricorders and portable universal translators. Today, similar tasks are performed by smartphones and wearable devices like smartwatches.

Related: Ashes Of Nichelle Nichols And Other Star Trek Crew Members To Be Launched Into Space

While most of the predictions made in 2001: A Space Odyssey did not materialize, at least not in 2001, some inventions of the 1968 film became reality. A man on a business trip making a video call to his daughter at home is now commonplace, as is watching movies on a tablet, and both are shown in the film. But perhaps the best prediction was that one day we would talk to computers, that they would understand what we were saying and respond with a voice of their own. The HAL 9000 persona is just a voice and a red light, but not so different from Siri, Alexa and other real-life AI-powered voice assistants introduced over the past decade.

As far as we know, there has never been a killer robot from the future chasing anyone, like in the years 1984. The Terminator. But a terrifying scene from the film’s dark, robot-dominated world included armed flying machines. It only remained science fiction until 2001, when the United States launched the MQ-1 Predator, the first known remote-controlled weapon-firing drone, into its war on terrorism. Now the military can carry out a deadly attack from thousands of miles away, although an ethical debate continues over whether this should be the case. Even more disturbing are reports of drones making targeting decisions themselves.

If there’s a recurring theme on this list, it’s “autonomy,” specifically machines performing tasks that once required humans. Such is the case with the “Johnny Cab” self-driving taxis in the original Total recall. It was not a new idea (Leonardo da Vinci designed a self-contained spring-powered cart in the 1500s), and televisions Knight Rider was popular for its depiction of an advanced car named KITT in the previous decade Total recall came out in 1990. What the movie introduced was the all-too-real idea of ​​a car that doesn’t understand what the passenger wants. After trying to give him verbal instructions, Arnold Schwarzenegger becomes so frustrated that he rips the animatronic pilot from his base and takes control himself. Actual self-driving cars have only recently become a reality, but they are already notorious for their questionable decisions with sometimes deadly results. Notably, after spending hundreds of millions of dollars in development, ride-hailing service Uber announced in late 2020 that it was abandoning self-driving cars, in part due to lawsuits.