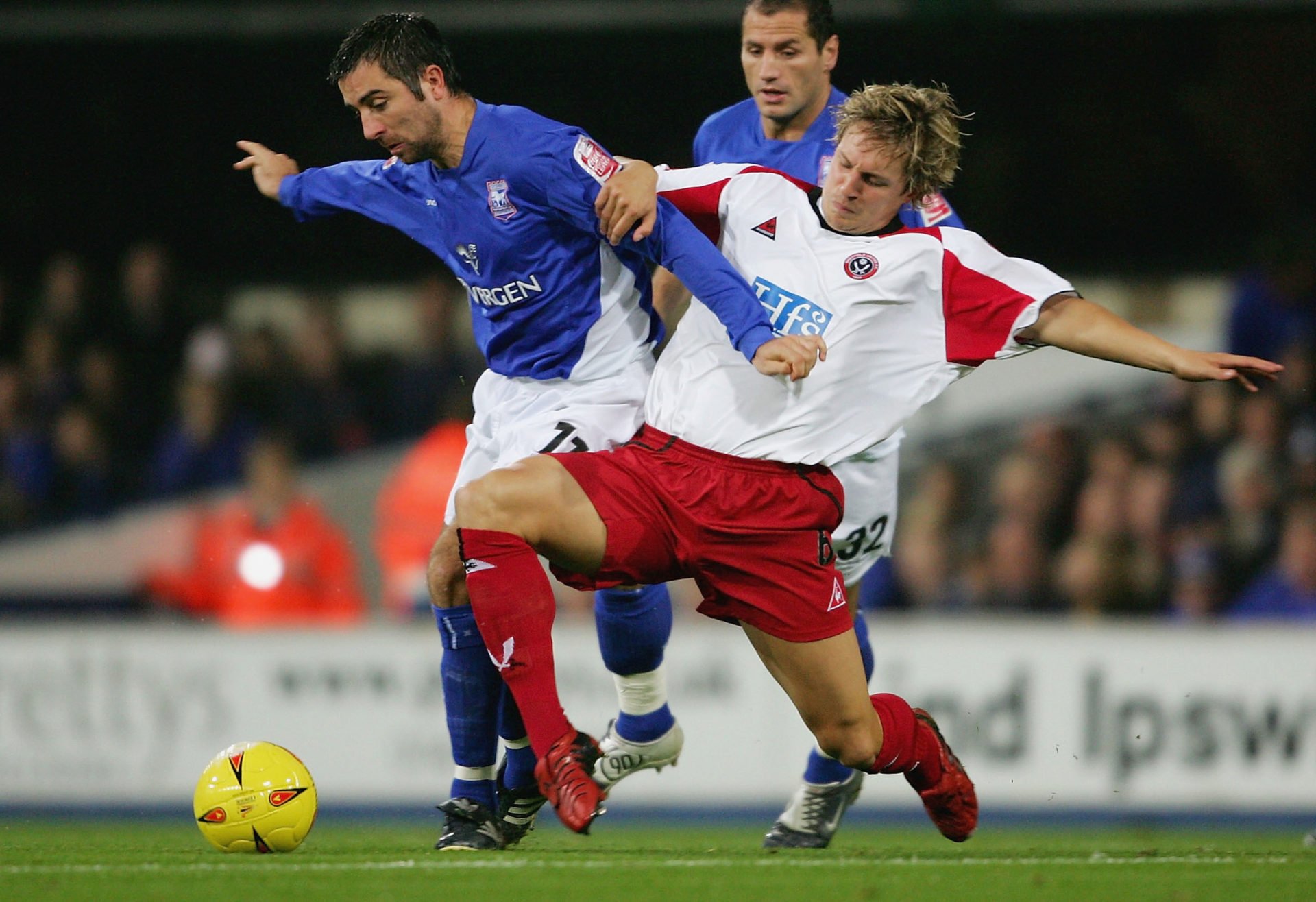 Paul Heckingbottom doesn’t have history on his side when Sheffield United host Cardiff City on Saturday, with the Bluebirds unbeaten in their visits to Bramall Lane since 2004.

Saturday’s opponents have met 14 times since the last time the Blades beat the Welsh side at home. Neil Warnock oversaw a 2-1 result in a Championship clash in December 2004, with Andy Liddell coming off the bench to equalize before Andy Gray netted the winner.

Neil Harris put the Bluebirds ahead in the 41st minute but Cardiff couldn’t hold on after Andre Marriner sent off Graham Kavanagh. The referee got his red card less than a minute into Harris’s goal after Kavanagh attempted a wild lunge for possession of Jon Harley.

Sheffield United rallied after the break with a men’s advantage and equalized as Liddell met Michael Tonge’s clever pass. Gray then snatched all three points from the Blades after jumping on a loose ball inside the penalty area, somewhat fortuitously lucky enough to stay.

“We were very poor in the first half,” Warnock told BBC Sport. “I thought both strikers didn’t do anything right, and it was a draw between Andy Gray and Paul Shaw as to who came out [at half-time]. But we were very positive in the second half.

Lady luck has rarely been with Sheffield United when they have faced Cardiff since 2004. In the next 14 encounters, the Blades have won just three times, while the Bluebirds have won five. Each of Sheffield United’s wins have also come in Cardiff and have lost twice at home.

So Heckingbottom hopes to follow in Warnock’s footsteps and win on Saturday. A win would also see Sheffield United do the double against Cardiff for the first time since 1984, having come from behind to beat a 10-man Bluebirds side 3-2 in Wales in December.

So what happened to the last Sheffield United side to beat Cardiff at Bramall Lane?

Ian Bennett only joined Sheffield United on loan from Birmingham the month the Blades last beat Cardiff at Bramall Lane. He signed a short-term contract at South Yorkshire and then returned for another stint from 2006 to 2010. Still, the goalkeeper only reached 29 games.

He also had stints with Newcastle United, Peterborough, Coventry City, Leeds and the last Huddersfield Town before retiring in 2014. The 50-year-old now works for Middlesbrough as a goalkeeper coach from 2020 after holding the job with Nottingham Forest U21s.

Leigh Bromby moved between Sheffield sides in 2004, leaving for United on Wednesday after honing his craft at Hillsborough. The right-back had two spells at Bramall Lane from 2004 to 2008 and briefly returned in 2009 before joining Leeds, where he would retire in 2013.

The 41-year-old has made a total of 139 appearances for the Blades in all competitions, and is still at Yorkshire. He now works in West Yorkshire as head of football operations for Huddersfield Town. He was previously their academy manager before switching roles in May 2020.

Danny Cullip enjoyed only a brief career at Sheffield United following his £400,000 transfer from Brighton & Hove Albion. He would play just 15 times for the Blades before joining Watford, later playing for Nottingham Forest, QPR, Gillingham and Lewes and retiring in 2010.

Warnock awarded Phil Jagielka his senior debut for Sheffield United at the age of 17 years and eight months in May 2000. The centre-half remained at Bramall Lane until 2007 when he joined Everton, and would return to South Yorkshire in 2019 for two more seasons at the club.

Jagielka left the Blades for the second time in 2021 for Derby County but only spent half a season at Pride Park. He now plays for Stoke City and has started a total of 37 second-tier games this term. His return to Bramall Lane saw Jagielka hit 301 Blades outings.

Chris Morgan started his career at Barnsley and spent seven years with the Tykes before changing sides to South Yorkshire in 2003. The defender played 195 games for Barnsley and 278 for Sheffield United, scoring 16 and scoring eight goals , before retiring in 2012.

The 44-year-old took up coaching after retiring as the Blades’ U23 manager after two stints as caretaker first-team boss. He was also assistant coach to Danny Wilson with Chesterfield from 2015 to 2017 and briefly with Michael Brown at Port Vale in 2017.

Harley had a nomadic career with stints at Chelsea, Wimbledon, Fulham, Sheffield United, West Ham, Burnley, Watford, Notts County, Rotherham, Portsmouth and Maidstone from 1998 until his retirement in 2013. He is the U23 assistant manager at Chelsea since 2019. .

Derek Geary spent almost a few months of a 13-year career at Sheffield between Wednesday and United spells. He briefly played for Stockport before joining the Blades in 2004, and went on to amass 115 appearances for the Bramall Lane club and assisted eight goals.

The Irishman then joined Sheffield United’s youth roster as U18 manager in 2016 and was promoted to academy manager in January as Heckingbottom became first-team boss.

Alan Quinn enjoyed a playing career that spanned from 1997 to 2015, after briefly returning to Handsworth after a three-year break. His initial career included stints at Cherry Orchard, Sheffield Wednesday, Sunderland, the Blades and Ipswich Town and eight caps for Ireland.

Tonge was another Sheffield United product who broke through under Warnock and helped secure Premier League football at Bramall Lane. His senior Blades career would span from 2001 to 2008 and included 298 appearances, 24 goals and 10 assists in all competitions.

Gray had already enjoyed a nomadic career before joining Sheffield United in 2004 from Bradford. He started at Leeds in 1995, before playing for Bury, Nottingham Forest, Preston and Oldham Athletic. The Scot will play 65 games for the Blades, scoring 28.

Sheffield United then sold Gray to Sunderland in 2005, moving on to Burnley, Charlton Athletic, Barnsley, Leeds again and Bradford again before hanging up his boots in 2014.

Shaw honed his craft at Arsenal’s academy before moving on to Burnley, Cardiff, Peterborough, Millwall and Gillingham before joining Sheffield United. His adventure at Bramall Lane lasted from 2004 to 2006 and included just 40 games with the striker scoring just eight goals.

The Blades let the Burnham-born forward leave for Rotherham, and Shaw then played for Chesterfield and Oxford City before Hungarian side Ferencvaros. He ended his career at FC New York in 2011 after a short spell across the Atlantic following a short spell without a club.

Danny Cadamarteri (for Shaw at h/t)

Danny Cadamarteri had only a brief playing career for Sheffield United between 2004 and 2005. Prior to the Blades, he played for his academy Everton, Bradford and Leeds. He then returned to Bradford after making just 22 total appearances at Bramall Lane.

The striker’s career would then take him to Grays Athletic, Leicester City, Doncaster Rovers, Huddersfield, Dundee United and finally Carlisle United before retiring in 2014. He became a manager with Sheffield Wednesday and worked for Burnley and Oldham.

Sheffield United then brought on Cadamarteri as a manager in their U18 setup in November 2020.

Andy Liddell (for Geary at h/t)

Liddell, born in Leeds, started his career with Barnsley and played for Wigan Athletic before a short spell at Sheffield United. The striker only spent the 2004/05 season at Bramall Lane and has scored six goals and assisted 11 in 39 appearances in all competitions this term.

His efforts saw him join Oldham for four years before joining Rotherham in 2009. The 12-time Scotland Under-21 international would hang up his playing boots after a season there, before becoming boss by interim in 2011. He was then a fitness trainer at Ipswich for 2018.

Paul Thirlwell (in place of Quinn at 88′)

Paul Thirlwell played only a brief role in Sheffield United’s last home win over Cardiff in 2004. His Blades career was also short, with the midfielder playing 36 games in his only year there- low, after spells with Sunderland academy and a loan spell with Swindon Town. .

Sheffield United let Thirlwell leave in 2005 to join Derby for a season before moving to Carlisle in 2006. He found a home with the Cumbrians for nine years before a single season at Harrogate Town and retired in 2016. He is assistant coach at Harrogate. since 2017.

In other news, ‘He’s got it all’: Liverpool star gushed about player Klopp’s plot to sign