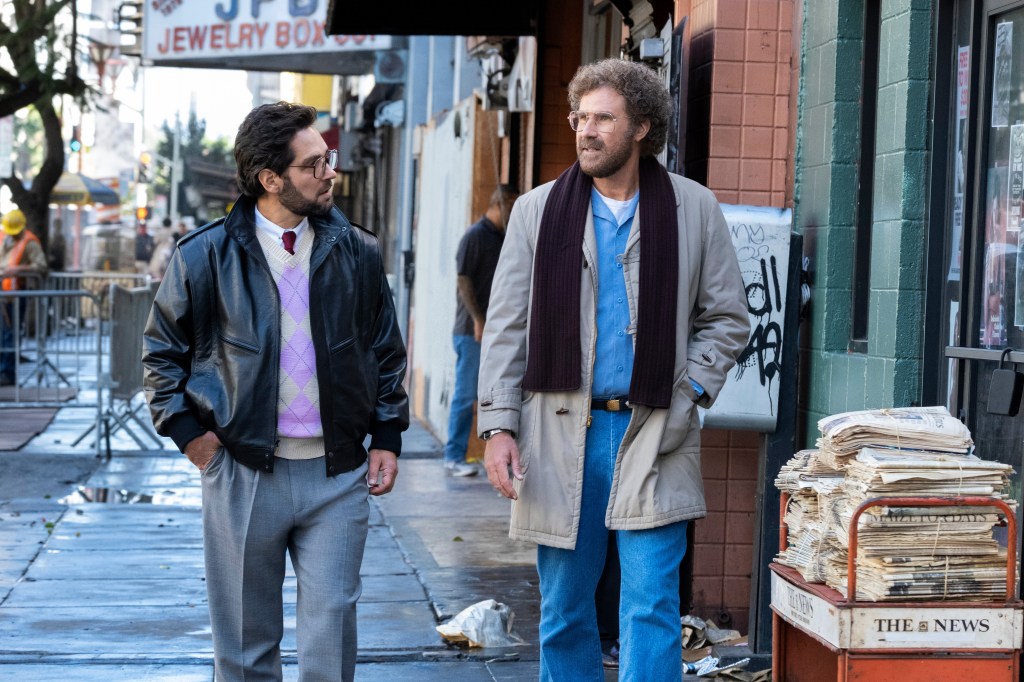 Here are the must-see shows for November

Ah, November – a month when darkness comes earlier, many people choose not to shave, and everyone fills up on turkeys. On television, there’s a slew of new shows coming out.

It will be a month of misbehaving shrinks, college girls on romantic adventures, intergalactic bounty hunters, the less powerful Avenger trying to prove he can carry his own show and the return of the infamous Tiger King.

Here is the essential television to watch.

This reboot of the ABC comedy (1986-91) is produced by Bill Lawrence (“Ted Lasso”, “Scrubs”) and stars Isabella Gomez (“One Day at a Time”) as a teacher who wants her students focus more on life than on grades. Robin Givens, who played college student Darlene in the original show, returns to play one of the parents.

Scratch your reality show itch with this new show following a group of friends in Florida. The hook is that they’re all a young lesbian â€œitâ€ crowd – so settle in for a reality version of â€œThe L Wordâ€.

If you weren’t happy with Showtime’s serial killer ending, â€œDexter,â€ that’s about to change. The first show ran from 2006 to 2013 and followed Dexter (Michael C. Hall), a serial killer who targeted other killers and also worked for the Miami Police Department. Picking up a decade after the events of â€œDexterâ€ (which inexplicably ended with him becoming a lumberjack), â€œNew Bloodâ€ follows Dexter into his new life in the small town of Iron Lake, New York is shaken up.

If you want a show that’s a hint of â€œLostâ€ mixed in with â€œLord of the Fliesâ€ girls, plus a show about women in their forties living complicated lives full of secrets a la â€œBig Little Liesâ€, then this ‘is show it for you. With a cast including Christina Ricci, Juliette Lewis and Melanie Lynskey, “Yellowjackets” follows an all-female soccer team as they find themselves stranded in the wild and dissolve into wild clans – and the lives they try to reclaim. two decades later.

Hosted by Freeman, this docu-series delves into famous prison escapes from institutions such as Alcatraz and Dannemora. From the planning phase to the ensuing manhunt, the episodes tell the stories through a mixture of visual effects and dramatic reenactments.

“The sex life of students”

“The Shrinkage Next Door”

Starring Will Ferrell and Paul Rudd as a shrink (Rudd) who enters into a strange and toxic relationship with his client (Ferrell), this dark comedy is based on a true story (and a podcast of the same name).

The bizarre saga of incarcerated gay polygamous zookeeper Joe Exotic and his murder plot against rival Carole Baskin returns. Were the “Tiger King” docuseries a one-shot wonder born out of early pandemic delirium, or is there still interest in this story? We will all find out.

“The wheel of time”

The latest epic fantasy show to try and become the next â€œGame of Thronesâ€ is here. With Rosamund Pike (“Gone Girl”), it is based on a series of 14 novels first published in 1990.

For the Comic Con crowd, this sci-fi epic starring John Cho is a live-action show based on a hit animated series of the same name and follows a motley group of bounty hunters hunting down criminals across the solar system.

MCU shows are pop culture behemoths, but Hawkeye (Jeremy Renner), the less exciting Avenger, has what it takes to run his own show? It could, with the help of new character Kate Bishop (Hailee Steinfeld), who takes over from Hawkeye.