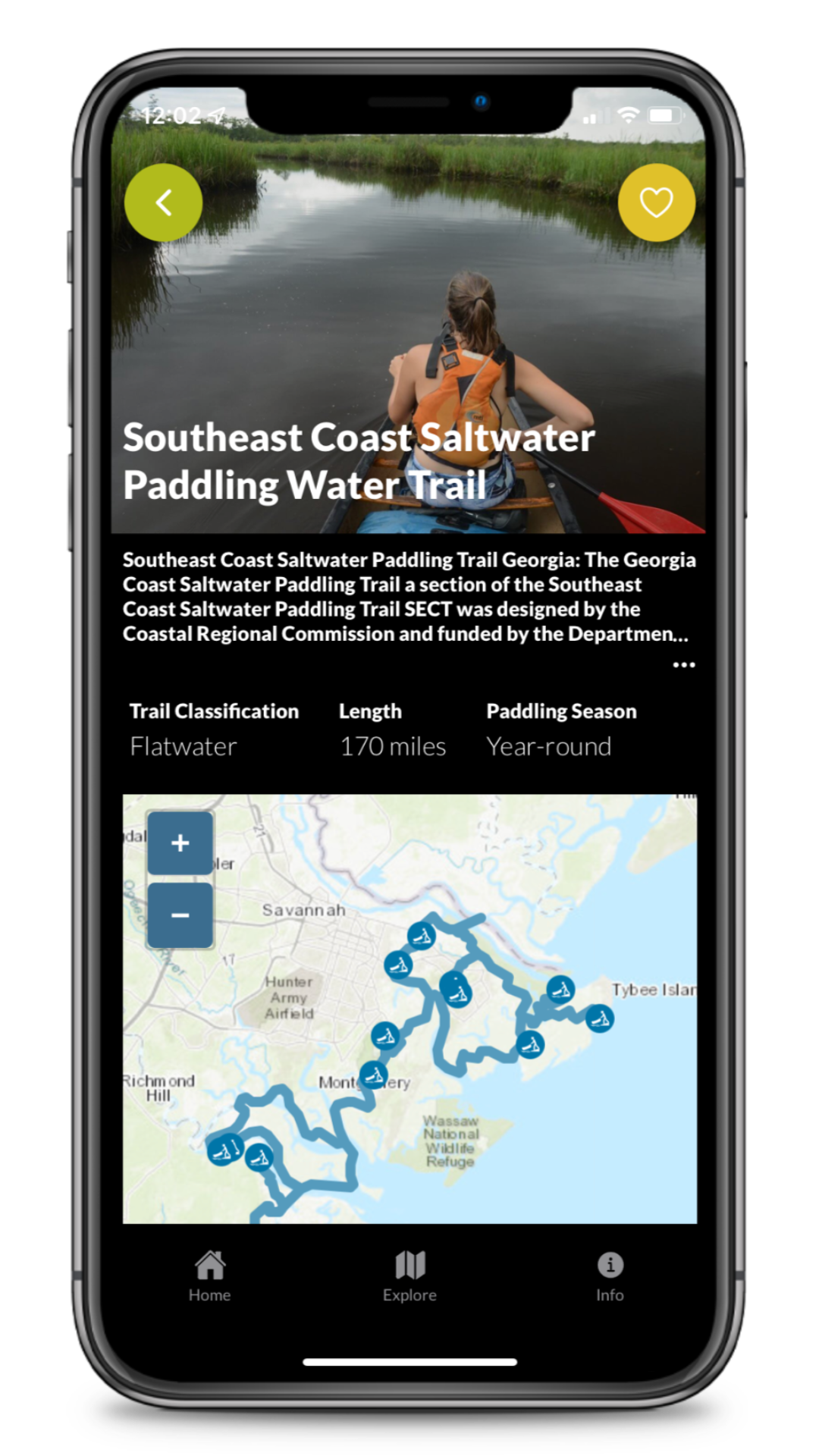 As co-owner of Southeast Adventure Outfitters on St. Simons and Brunswick, Michael Gowen has been organizing kayak tours on the Georgia coast since 1994. It hasn’t always been easy.

He and other kayakers and canoeists host Georgia River Network’s Georgia River Guide app. Released in March, it has been downloaded over 6,000 times.

“Now with an app, everything is in one place,” Gowen said. “And that’s probably the biggest benefit of having kind of a one-stop-shop for information on the river.”

The app is for anyone who wants to paddle, swim, fish, boat or explore Georgia’s waterways, Georgia River Network spokeswoman Sarah Taylor said.

“We were really trying to get it out to really, anyone, new or experienced and to have all the information you would need in one place,” she said. “But we were certainly aware of people who are paddling around with (paddling), people who sometimes want to get out of the house and do it. We wanted to make sure the security information was accurate for them.

“So we’re really trying to gather information from the people who know their river best,” said Andrea White, community programs coordinator at the Georgia River Network.

Dale Williams is an expert kayaker, but he’s only just gotten into canoeing. He used to think of the canoe as an “outdated craft”, he said.

“Now I find it very graceful and just a beautiful thing to watch someone who is good at how and and so I try to improve my canoeing skills,” said Williams, who owns and operates Sea Kayaking USA, and lives on Tybee Island. Williams looks forward to using the app to tell him water levels, current flow, and where inlets and outlets are.

When it comes to canoeing the Coastal Georgia River, Gowen likes the Altamaha, called the Georgia Amazon because it’s “very big and wild.” And there is also the Satilla with its beautiful white sandbanks.

Paddlers who can’t find their favorite spot on the app can suggest it by emailing [email protected], White said.

“Since we launched the app on March 1, we have already added three new rivers,” she said.

About the Georgia River Guide app

From the iconic wetlands of the Okefenokee Wilderness Area Canoe Water Trail in the southeast, to the limestone banks of the Flint River in the southwest, and the historic waters of the Etowah River in the northwest, the Georgia River Guide maps the perfect section of river for your next adventure. Download the Georgia River Guide from the App Store or the Android app from Google Play.