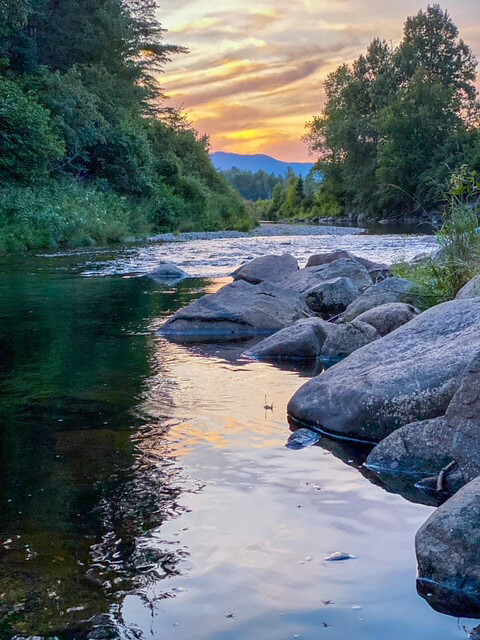 Ever get lost on a canoe trail in the Adirondacks? This new paddle app can help, just in time for summer.

Iman MaaniDid you get lost on an Adirondack canoe trail? A new paddling app has been released for this summer

West Branch of the Ausable River seen from River Road, Lake Placid. File photo of the day by Christie Sausa

The Northern Forest Canoe Trail and Far Out Guides have launched a new trails app to help paddlers and hikers navigate their adventures.

Pollock is the Group Stewardship Manager, Northern Forest Canoe Trail. They manage the 700 mile paddling trail that goes from Maine to Lake Champlain and south of the Adirondacks to Old Forge.

Pollock shares the challenges and dangers of canoeing.

“Sometimes the rivers are…they meander a lot and they can be deceiving of how far you have to go to get to the axis point or the next campsite, being able to know, ‘OK, it’s three miles away’ even though that may only seem like a mile as the crow flies.

When Pollock was hiking with his cousin, he had the idea that a canoe trail app would help paddlers stay on course. That’s when he partnered with Far Out Guides for Hikers to add paddle functionality to their app.

“A few years ago I was hiking with my cousin along the Appalachian Trail in Vermont and he pulled out his Appalachian Trail Guidebook which was published by the same company and he was like ‘Noah, you should see if they could produce something for the Northern Forest ski run.

The app costs around $30 and is GPS-enabled.

In addition to having access to maps, users can add photos and comments on trail or water conditions.

Pollock says he hopes such an interactive feature will help hikers and paddlers who use the app feel connected to each other. If you’ve ever gotten lost on a canoe trail or hike, the new app can help you navigate.