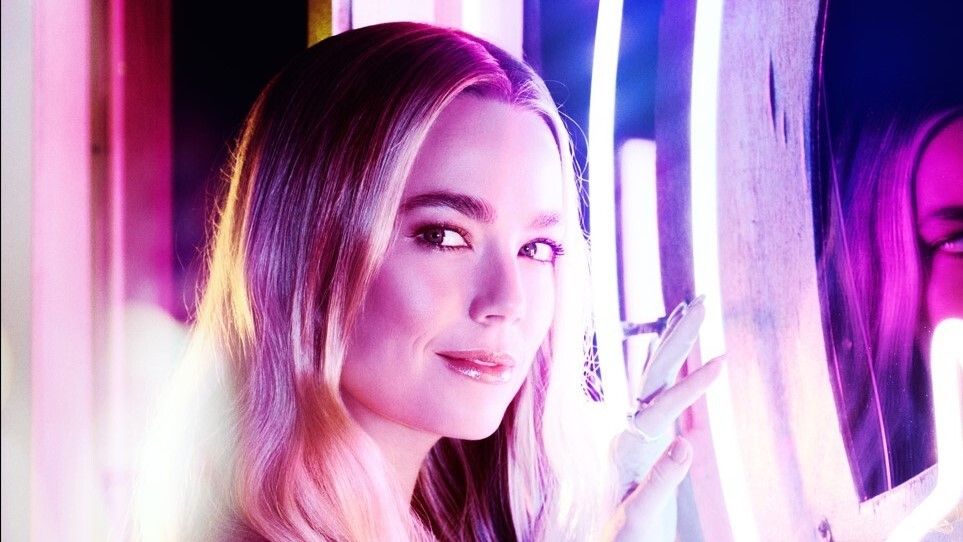 2022 has been a year full of cancellations, with scheduled shows, movies, and projects canned left, right, and center.

The lion’s share of those cancellations came from Netflix, which epically tightened its belt amid a drop in subscriber numbers, and Warner Bros. Discovery, which after the merger of the two giant companies has been looking for all the savings it can make and cutting scheduled shows, movies and projects almost daily, but Prime Video and Hulu have also gotten in on the act.

Over the course of 2022, Hulu executives have said goodbye to quite a few shows, some will feel like it’s the right time to end, and others have been cut back to their heyday. And we collected them all.

A weird but acclaimed comedy, Woke was unfortunately canceled at the end of June.

A mix of live action and animation, Woke ran for two eight-episode series on Hulu, one in 2020 and a second that debuted in April of this year.

Woke was loosely based on the life of its co-creator, Keith Knight, an American cartoonist and musician known for his accessible yet subversive comic strip The K Chronicles.

It starred Lamorne Morris – best known for his longtime role as Winston Bishop in the beloved comedy New Girl – as Keef, a black cartoonist on the verge of mainstream success via his series of Toast & Butter comics. Keef prides himself on his comics being light-hearted and avoiding controversy or political content like the plague.

About to sign a massive new publishing deal, Keef is then racially profiled by overly aggressive police officers and, unsurprisingly, traumatized. Following the incident, Keef discovers that he is able to see and hear inanimate objects talking to him, and is now more susceptible to racism, with daily microaggressions that he spent his life trying to avoid recognizing in every situation, suddenly pronounced.

The fifth season of the show is now airing and a sixth will follow, but that will be the end of this long-running and hugely acclaimed drama.

Set in a dystopian near future, the United States is now under the Christian fundamentalist government of Gilead in the midst of an ongoing civil war, and environmental damage has rendered most women unable to conceive children. This resulted in the conscription of the few remaining fertile women, called servants, who are now responsible for populating the world.

With five seasons now on the line, the show went much further than its source material but still remained true to Attwood’s spirit. It’s dark viewing, but essential and elegant at the same time.

Six seasons may be just the right amount to call it a day, but the show will remain a classic for years to come.

There were high hopes for Maggie when it was announced, with Hulu execs hoping they’d found a long-running sitcom to get behind. Unfortunately, this turned out to be short-lived.

Directed by Rebecca Rittenhouse, best known for her roles in The Mindy Project and the television spin-off of Four Weddings and a Funeral, Maggie followed the titular character, a clairvoyant who suddenly gets a glimpse of her own future when David Del’s Ben Rio comes to see her for a reading and she sees herself married to him in the years to come.

When Ben then moves into the house next door, with his current girlfriend, Maggie finds herself at an impasse.

Based on the short film by Tim Curcio, the show was supposed to debut on ABC, but ABC owners Disney ended up moving the show to Hulu, where sadly it didn’t attract enough viewership. to win a second broadcast.

Dollface, the scintillating comedy directed by Kat Dennings, got its running orders after two seasons in May.

Dennings played Jules, a web designer, who, after a breakup with her longtime boyfriend, led to the realization that she had neglected all her friends, metaphorically reenters the world of women, rekindling the friendships that she left behind.

A daydreamer by nature, Jules regularly launches into whimsical flights and the show was intercut with offbeat CGI footage as Jules wandered away from focusing on his problems.

Never a critical darling, the show has built a healthy fanbase, but not enough to save it from the chop.

The movie spin-off Love, Simon, which had built up a good following, ended after its third and final season premiered in June.

Love, Victor is set in the same universe as Love, Simon, and follows Michael Cimino’s Victor, the new boy at Creekwood High School, as he embarks on a journey of self-discovery, through school, home, and with his sexuality.

Charming, wholesome, and much-loved, it’s a shame it only had 28 episodes to thrive.

A bit more of a niche concern, but this animated stop-motion comedy boasted an impressive voice cast and had two seasons before being pulled from the ground up.

However, when he gets there, he quickly discovers that the kingdom is ruled by idiots and that his life’s dream of bravery will serve that purpose.

Stupid, loud and hectic, it wasn’t Hulu’s only animated casualty of 2022.

The MODOK anime series was once part of a grand plan for Hulu and Marvel. Hulu, which is two-thirds owned by Disney, had announced four animated shows from Marvel Television, MODOK, Hit-Monkey, Howard the Duck and Tigra and Dazzler. After each show started, Hulu’s plan was to bring them all together for a team, known as The Offenders.

Unfortunately, neither Howard the Duck nor Tigra and Dazzler ever aired, and Hit-Monkey’s fate is still unclear.

MODOK stands for Mental Organism Designed Only for Killing and follows the main character, a self-absorbed supervillain who struggles to maintain control of his evil organization and demanding family commitments.

Patton Oswalt, stand-up comedian and star of The King of Queens acted as both co-showrunner and voice of the main character, while Ben Schwartz, the voice of Sonic The Hedgehog, Melissa Fumero of Brooklyn Nine Nine, Goldbergs star Wendi McLendon-Covey and Saturday Night Live regular Beck Bennett were among the supporting voices.

MODOK’s fate, although clearly sealed for some time, was confirmed in May.

Duncanville, the animated family comedy directed by Amy Poehler, was canceled after three seasons in July.

The show, which was created by Mike Scully, former showrunner on The Simpsons, his wife and producing partner Julie Thacker Scully and Poehler, launched in February 2020 and ran for three seasons.

The show followed Duncan Harris, an average 15-year-old boy who is always one step away from making a good decision, but enjoying a rich fantasy life with a wild imagination in which he is never anything less than ‘unbelievable.

Poehler voiced both Duncan himself and his mother, with Burrell portraying his father.

Over its three seasons, the show has enjoyed a slew of high-profile guest stars, including Stephen King, Adam Scott, Aubrey Plaza, and rockers Dave Grohl and Alice Cooper.