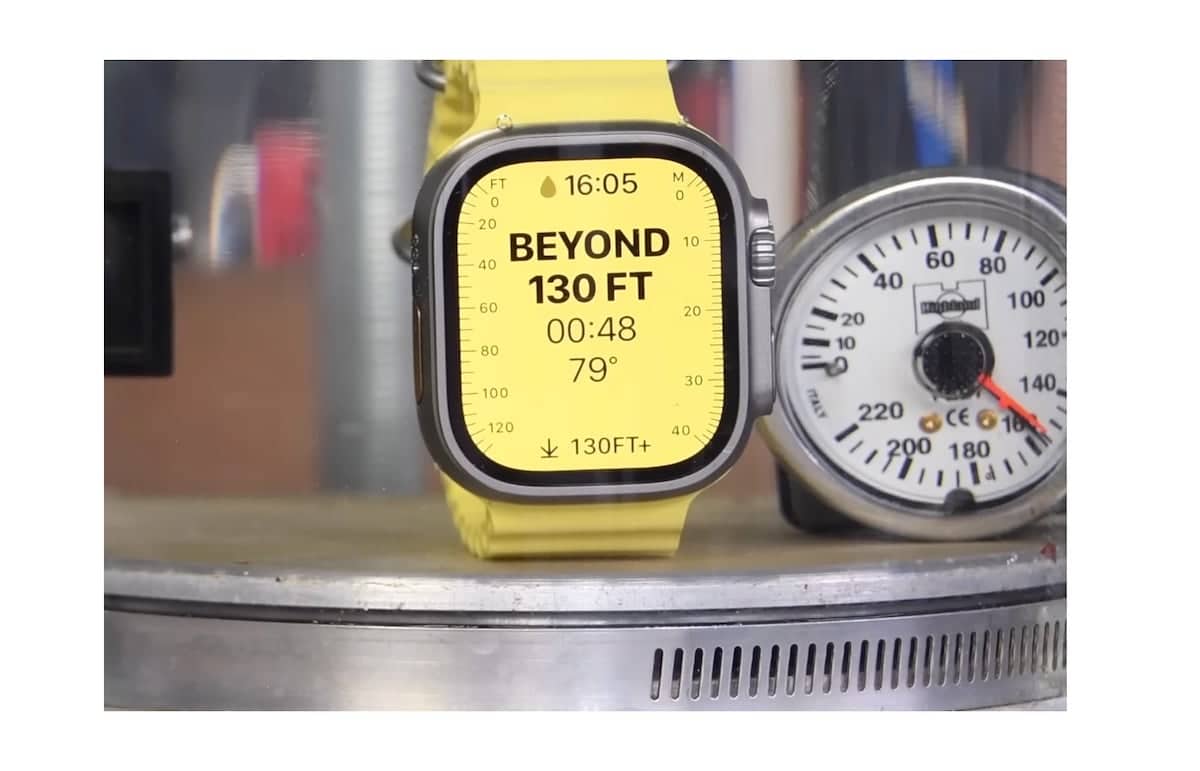 YouTuber, DC Rainmaker tested the Depth app to see how well it holds up to 40 meters and, more importantly, beyond the maximum depth. For the experiment, he used an underwater test chamber design to test diver’s watches.

With a 49mm larger screen and up to 2000 nits of brightness, and up to 60 hours of battery life, Apple Watch Ultra is built for endurance, exploration, and adventure. For divers, the watch supports 100-meter water resistance and its Depth app can record up to 40 meters of recreational dives.

The Depth app automatically starts a dive session when Apple Watch Ultra is submerged to a depth of 1 meter or more.

As this was an experiment in a controlled environment and not an actual dive, Rainmaker launched the app manually before placing it in the chamber. He tested the watch at 10 meters and 40 meters deep.

For both depths, the Depth app displayed depth in feet, water temperature, dive time, and current time. More interestingly, as the depth increased, the UI would change the watch from black to indicate that the diver was going deeper. And when the dive has been purged, the black UI goes up and has a wavy motion to show that the depth is decreasing.

Rainmaker also pushed the Apple Watch Ultra’s Depth app past its maximum limit to see how it will record depths greater than 40 meters.

The test showed that the Depth app turned the UI yellow and displayed a “Beyond 130 FT” message but showed water temperature, dive duration and current time. However, at the end of the session, the app informs the user that the depth history can be viewed in the Health app on the paired iPhone.

Rainmaker found the depth for the “Beyond 130ft” dive to be 144ft in the Health app, along with other metrics like hourly dive breakdowns and more.