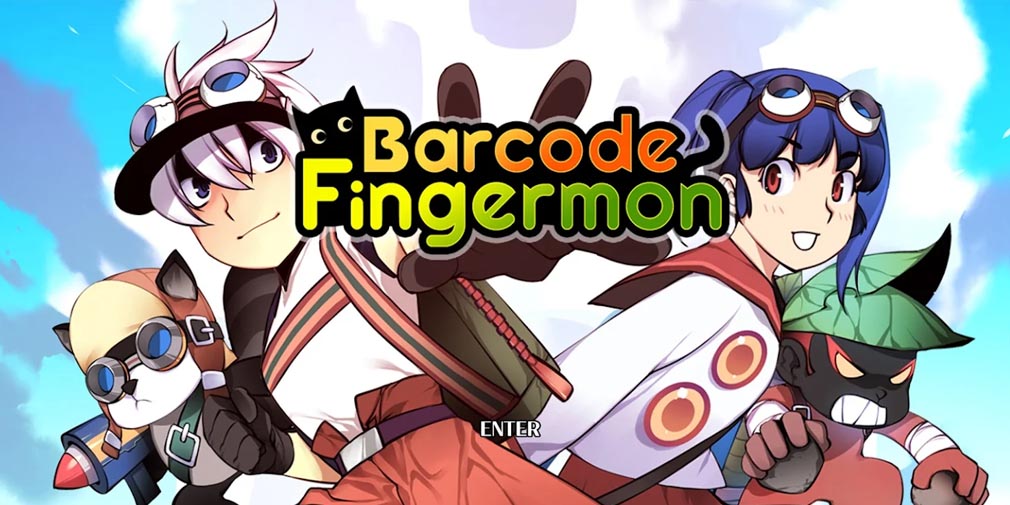 App Army Assemble: Barcode Fingermon – “Does this RPG scanning mechanic set it apart in the genre?”

Barcode Fingermon is a recently released RPG where you can collect creatures to add to your team by scanning barcodes and QR codes. It’s a cute idea, but does it work well in practice? To find out, we took the game to our App Army to see what they did with it.

Here is what they said:

Barcode Fingermon is a monster collector’s dream! In this world, you get new monsters by scanning barcodes and/or QR codes, reminiscent of the old scanners of the time, with fewer frustrations because each code here generates a monster. The battle system has simple swipe and punch controls most familiar to Angry Birds players, but with a top-down view. The gameplay is really nice with a small map that contains more stuff than you might think at first sight! Although if I’m being honest, it seems a bit sketchy with plenty of time to flesh out. As for the graphics, they are actually better than expected with some really great sprites and some really awful sprites for the various Fingermons, overall very pleasing to me! Overall, I’d say it’s a solid game for its price, which is low and reasonable. I will spend more time with this one

BF is a fun little RPG where you throw different creatures and characters around an arena in order to beat opposing teams. The gacha-style mechanics are incredibly interesting because of the twist: to summon yourself, scan barcodes or QR codes to see what you can get. This was my biggest challenge initially – I was playing on the go, but got stuck because I couldn’t find two barcodes to scan (so I had to wait to get home). If you’re near barcodes, that won’t be a problem. The controls work pretty well – you shoot a creature to throw it. In that, it reminded me of the trick pool and having to deal with obstacles while bouncing characters (and then keeping track of which character you’re doing because some throw in different ways). After a few days of playing, I’m quite intrigued but still not completely convinced. It’s pretty unique, and it’s inexpensive, which is nice. And I look forward to spending more time there.

I like the gameplay. As has been said, it’s kind of a cross between Angry Birds and billiards. I found it original and interesting and there is room for reflection and a degree of tactics. Including, if I’m not mistaken, avoiding accidentally damaging your own team members. That’s a big plus because it’s not just a clone of dozens of other games. But yeah, the barcode scanning thing seems pointless and really seems to have no effect on what kind of characters you’re going to get. It sounds like a potentially intriguing idea, but it seems underdeveloped. If they could be brand related you could get some good promo characters, but in its current state it seems like a useless gimmick. And while I like the gameplay as I said, there seemed to be very little variety and no real incentive to keep going. The controls were decent, although I found myself at the edge of the screen a few times when stepping back for a shot. The music and sound quite frankly bored me and I quickly turned the volume down. All in all, it’s not a bad game. It has unique and cool aspects. But it could be improved.

I was excited to get the game from what I read about the game thinking it would be an RPG capture adventure game and that’s mostly until I got to the first battle. And boy I was surprised you don’t see your typical RPG combat layout and turn based format, instead you throw your characters at NPC enemies and if you hit the enemy they take damage damage and vice versa. Now at this point I’m already done with the game and not because of the graphics which, by the way, are cool. They have a hand-drawn style and give you that feel of a homebrew game, which is cool. I really like this look and feel but I digress, the barcode/QR critters were cool; some cute some ugly as sin. The story and general gameplay/controls went well. If you like throwing your heroes/creatures around other enemies then this game is for you, otherwise do yourself a favor and don’t waste your time. If they were to completely change the combat system, I would definitely play it.

BF is a simple RPG, surely inspired by the Pokémon franchise. The goal is to collect heroes and fight with other people or game characters. Instead of walking through the grass to catch Pokemon, you can scan barcodes around your real house (I tried an egg carton and it worked!) to unlock additional characters. Sometimes small monsters appear in areas near the village and you can also fight them. I liked the concept and the idea, although the game does get a bit simple and repetitive after a while. As others have mentioned, you unlock different arenas but the gameplay doesn’t change. Fans of the genre will enjoy it as it’s a nice and neat game with good mechanics, but I don’t know if the game will be interesting or appealing to casual gamers.

Barcode Fingermon is a hero/monster collecting game, which you get by scanning QR codes or barcodes. Then you use these heroes to fight in an arena, throwing your troops against the enemies. I really like the gameplay itself, as you can get combos by hitting a monster multiple times, and it’s cool. Unfortunately, I think the game is a bit simple, because yes, you unlock new arenas, but they don’t bring much change.
I think, for the price, you’ll get a good time killer, and I like scanning barcodes/QRs to get new monsters. Try this game.

Barcode Fingermon is a simple RPG. The combat mechanics have a takedown mechanism (like a cross between Angry Birds and a pool game). You throw your hero towards the enemy, different heroes have different abilities. The gameplay is simple and fun. Heck, my 4 year old had a blast with it. It was great to play in short bursts and quite addictive. When you start you scan a barcode, it can be a book, a can of green beans or a bottle of lotion and it will come up with a different type of hero. It looks pretty random and really kinda fancy and probably doesn’t need to be there. My other complaint is that they are different arenas that you unlock as you progress, but they all kind of do the same thing that you basically fight other people/NPCs. I have no problem with the price it’s worth not bothering with ads it doesn’t bring anything new to the genre but I love the game and I’m going to keep improving and it’s really nice d to have when queuing or just killing a few minutes of time.

What is App Army?

The App Army is Pocket Gamer’s charming community of mobile gaming experts. As often as possible, we ask them for their opinion on the latest games and share them with you.

To register, simply head over to our Discord channel or our Facebook group and request access by answering the three questions. We will let you in immediately.

9 TV shows like Homeland to watch for more international intrigue