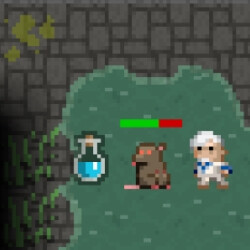 Do you want to discover imaginary worlds in which a group of characters embark on a quest filled with exploration and combat. The thrill of the RPG can also be experienced on your smartphone or tablet, with these five games featuring quests, dungeons, and mighty adventures. They feature interesting and modern takes on classic RPG concepts and are built for mobile platforms from the ground up. Discover them and become the game master of your own epic quest!

Knights of pen and paper

This is a turn-based, retro-styled pixel art RPG inspired by titles from the 90s. The mobile edition features an expanded campaign, more dungeons to explore, new attacks to use in battle and the tavern, which is a place to store your adventurers. There’s also an interesting gameplay concept – you’ll be in-game players playing as their characters in a traditional pen and paper RPG session. You can play as both a character and a dungeon master, choosing which battles to fight and deciding among several classes, such as knights and mages.

Dungelot is a fast-paced casual RPG with streamlined gameplay, clean graphics, and fun role-playing elements. It’s designed to give novices an engaging introduction to dungeon exploration with its simple controls that flip tiles to reveal deadly treasure and monsters as you search for the key to exit the level.

Arcane Legends is a fantasy action RPG and MMORPG where you venture through dungeons, fight bosses, discover loot, join guilds, and collect pets. It offers a 3D world in which you will build your character and take on quests, playing alongside thousands of others online. Your quests will take you and your friends through castles, forests and dungeons as you battle dragons, orcs and other evil creatures trying to destroy the kingdom of Arlor.

You are the Bard, a selfish thief tired of pointless sub-quests and rat-infested cellars. By playing magic songs, you will summon characters to join you in battle and heal your party. The game features 50 types of enemies (not including bosses), a vast world to explore (with cities, wild forests, rivers, castles, towers, secret dungeons, snowy mountains, caves, haunted tombs and more), a full cast of bizarre NPCs, 16 magical characters to discover and summon at will, over 150 unique items, song and dance numbers, and over 14 hours of voice acting.

Pixel Dungeon is a traditional roguelike game with pixel art graphics and a simple interface. It lets you explore the depths of its game world, collect items and fight fierce monsters to find Yendor’s Amulet – the ultimate artifact of this game world. The game is considered very difficult and based on luck. You will die often – you have been warned.